Thank you for choosing Arbutus Financial as your financial advisory firm. We appreciate your trust and the business that comes with it. We hope you are healthy and doing well during this very unique time.

Global markets continued their recovery during the summer, followed by a slight pullback in September.

In Canada, the S&P/TSX Composite Total Return Index carried on with its strong rebound before stumbling in September, finishing with a return of 4.7%, including dividends in the third quarter. Following the sharpest quarterly contraction in GDP on record, U.S. equity markets continued their strongest rally from a bear market in history. The S&P 500, Dow Jones and Nasdaq all surpassed their pre-COVID highs, respectively jumping 8.9%, 8.2% and 11.2% in U.S. dollar terms, on a total return basis during the third quarter. In overseas markets, international equities rallied 4.9 % in U.S. dollar terms as measured by the MSCI EAFE Index, including dividends during the same period.

Here’s a look at some of the issues that made their mark this quarter:

The next couple of months may be particularly unstable with the U.S. election coming in November. In presidential election years since 1952, October holds the worst monthly average return for the S&P 500. But in years following an election, the S&P 500 has averaged 11.4%, regardless of the election outcome. We need to remember to put political emotions aside when making investment decisions.

We have found the following graphics useful for understanding the impact of U.S. politics on the market. 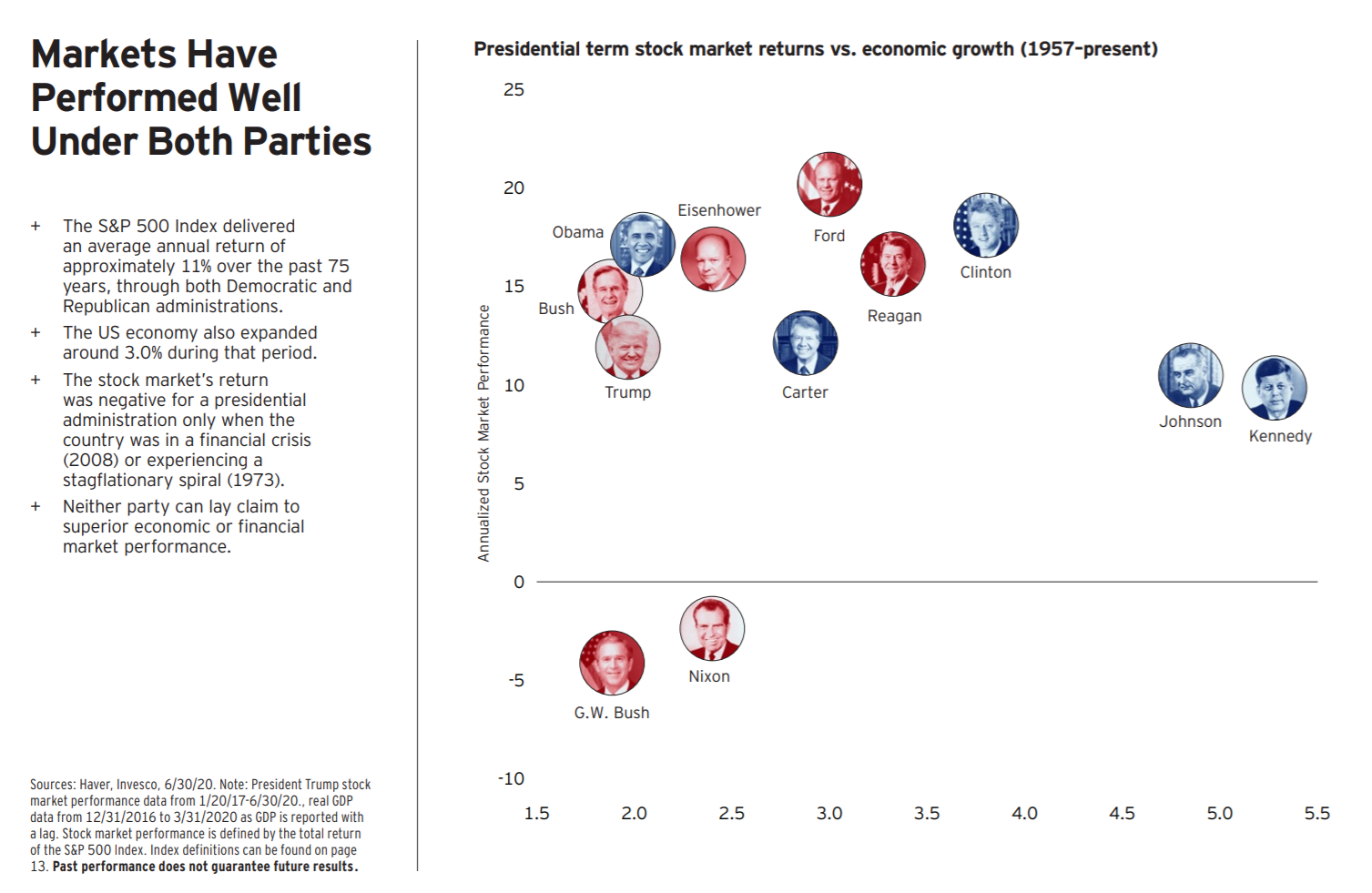 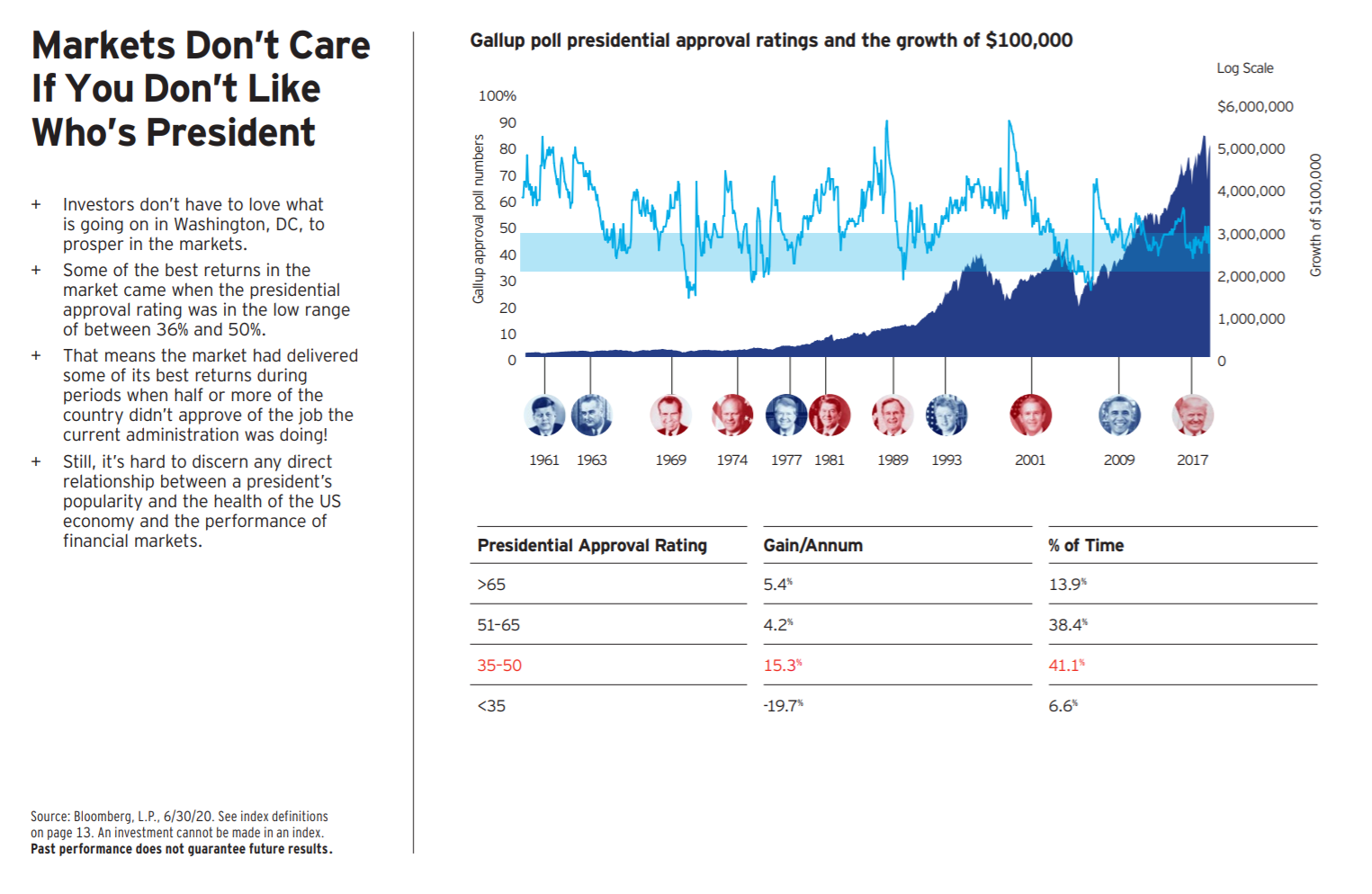 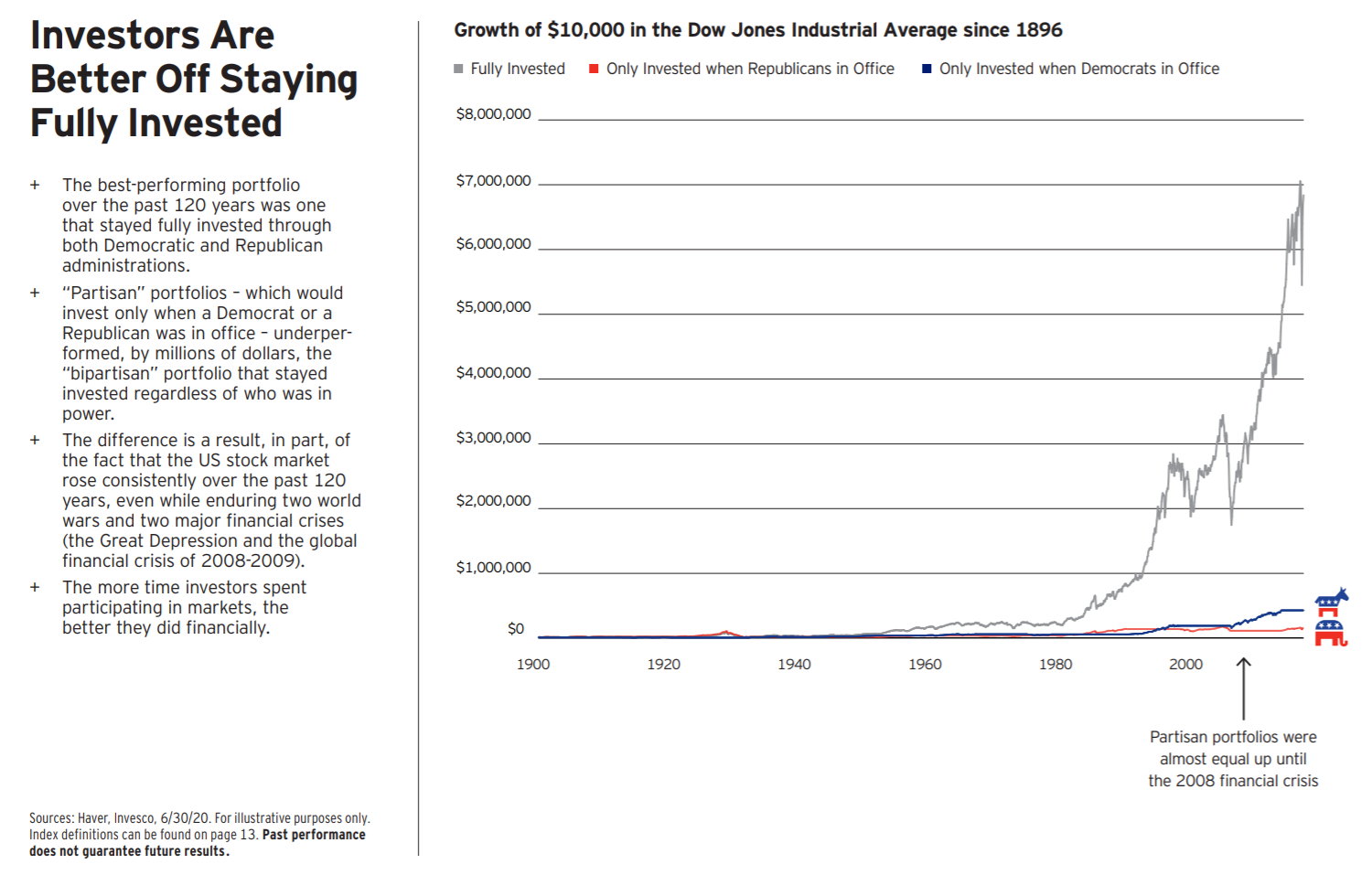 The great pause has given way to a recovery, but we believe this recovery has three stages: alarm, resistance, and exhaustion. If we’ve entered the exhaustion phase, as we believe, then we should expect market returns to be average over the next twelve months.

A bright light may be in emerging markets, as earnings momentum seems to be stronger in China, Korea, and Taiwan than elsewhere in the world.

Selectivity and a long-term outlook may be the keys to successful investing globally and here at home. While trying not to sound too optimistic, we believe we will be well on the path to recovery by the end of 2021.

As always, if you have questions about the markets or your investments, we’re here to talk. Reach out to a member of your Arbutus Financial Team